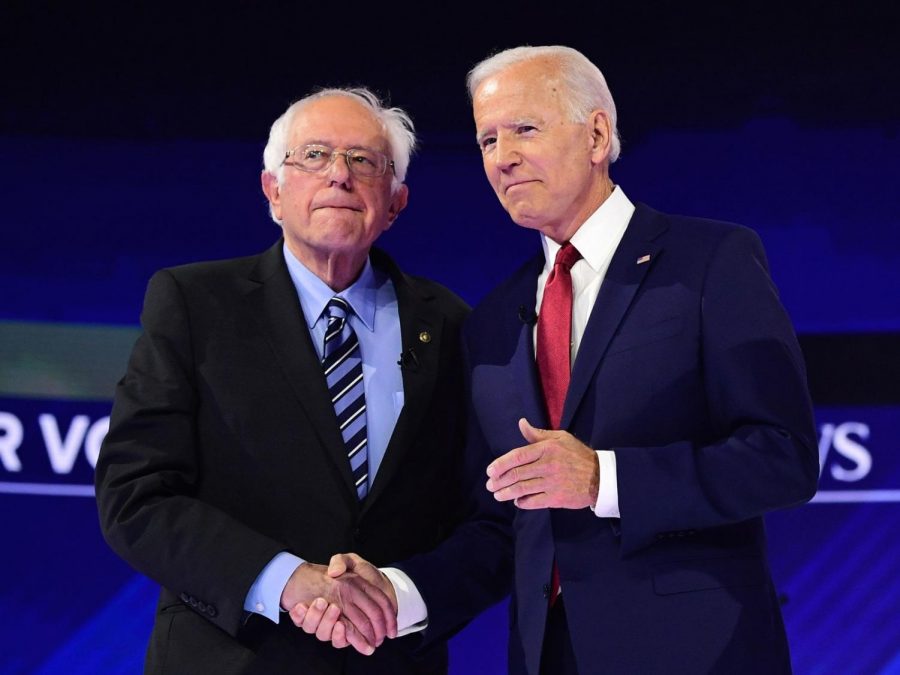 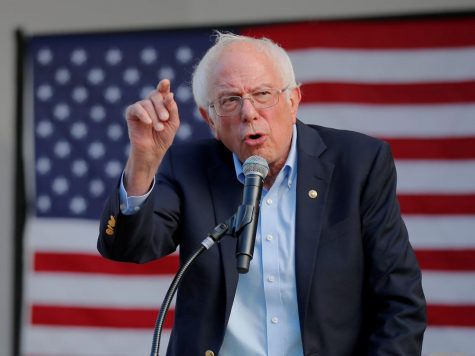 Bernie Sanders is the junior senator from Vermont, having been elected in 2006 after serving 16 years in the House of Representatives. Sanders has a bachelor of arts in political science from the University of Chicago and his first elected position was as the mayor of Burlington, Vermont before his later election to Congress. A self-described Democratic Socialist, Sanders has spent most of his career registered as an Independant, registering as a Democrat in the 2016 & 2020 elections. Sanders was the main contender against Hillary Clinton back in 2016, but failed to get the nomination.

He has a history of advocating for very liberal policies, such as universal healthcare, free public universities, high taxation of the super rich and the expansion of civil rights. Where Sanders differs from other candidates is in his long history of advocacy for his far-left policies. Sanders has been especially consistent in his positions throughout his career, and Sanders has a history of fighting for his beliefs and for what he believes is right.

Sanders is also well known for his advocacy for working class Americans and for his role in standing up to corruption and injustice. Sanders protested during the civil rights movement and has been an advocate for progress through his entire career. However, Sanders’ far-left beliefs and willingness to stand up to long-standing political institutions means that he has had a hard time passing his own legislation.

Critics of Sanders will point out that for someone with as much experience in Congress as Sanders has, he doesn’t have much signature legislation. Many of his own laws weren’t passed, raising questions among some as to whether or not he can reach across the aisle and get things done. However, Sanders also has a history of working to introduce amendments to other people’s bills, and he has played a large role in advocacy in congress.

Sanders’ position as a Democratic Socialist has also raised questions as to whether or not he is electable. While Sanders has raised a loyal base, voter turnout for Sanders so far has been low. A Sanders victory is still possible, however, with many delegates still unpledged. Whether or not he will be the nominee remains to be seen. 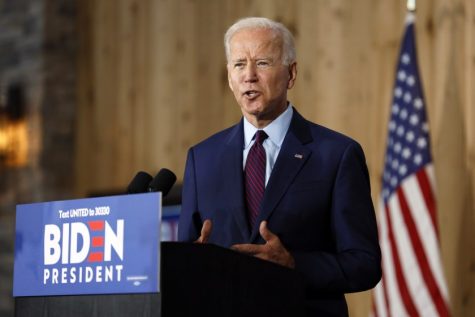 Joe Biden is the former Vice President of the United States, working under the Obama Administration for both terms. Biden earned his bachelor’s degree from the University of Delaware and his law degree from the University of Syracuse Law School, and worked for a short time as an attorney before transitioning into government. A long time politician, Biden has been in government since 1970, when he was elected to the New Castle City Council, and worked as the senator of Delaware from 1973 to 2009.

Biden is a moderate Democrat. Biden’s policies are more focused on returning the nation to the path it was on under Obama than broadly changing the social and political structure of the nation. Biden has campaigned on the expansion of the Affordable Care Act, tighter gun control and an overall mending of the nation. Biden’s strongest position is not a policy, but a goal to reunite the nation in a time of division and strife. Biden aims to use his moderate beliefs to appeal to people on both sides of the aisle, working to help return the country to a state of stability.

Biden’s greatest selling point is his experience. Not only was Biden the vice president for two terms, giving him the experience and connections needed as president, Biden was also a senator for over three decades. Biden has worked at all levels of government and has worked on a variety of issues with a variety of people. This of course gives some credibility to his claim of being able to reunify the country. Biden is for these reasons considered by many to be the most electable candidate running on the left.

However, Biden is also a moderate and a career politician. With many centrist policies, some find Biden uninspiring or too moderate, unable to bring about radical change that many feel is necessary to improve the country in the best way possible. Biden, however, is known for compromise, and would likely be willing to work with those whose beliefs are further to the left than his.

Biden’s work to position himself as the stablest option for the country has drawn a large group of moderates to vote, and it seems as though Biden could very well be the next democratic nominee. It remains to be seen if he will be able to maintain his momentum and take it.