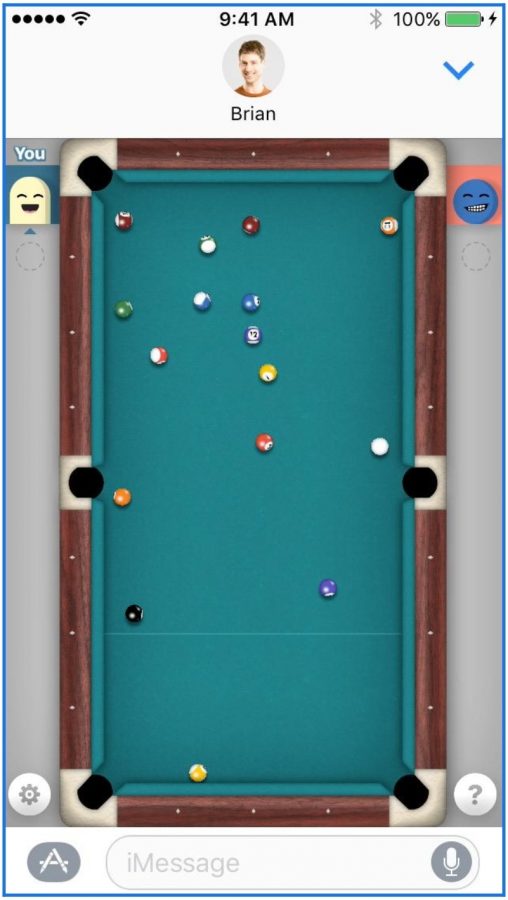 As a way to engage with students and teachers, ASB is scheduled to hold a virtual eight ball tournament. This tournament is planned for Monday, Dec. 14. This new activity is an effort by the high school’s leadership to keep students connected and involved. No matter the distance, this activity is accessible to all students with an Apple device. To enter, students fill out a google form, join the Remind by texting @LOHS to 81010, and download the app GamePigeon. Directions will be sent out with all the necessary information and instructions to participants. There is a grand prize of free Crumbl Cookies for the tournament winner.

The tournament is going to be organized into brackets by school year. Players will participate in one match of virtual eight ball, a simplified form of pool, each day, progressing in their specified bracket until there is a champion. After that, opponents will compete with champions from the other grades until there is a winner.

The student government has been publicizing the tournament via social media, including their Instagram page, @wearelo. Junior Class President Stephen Lines said, “We originally had this idea back in September since we wanted to kick off the year with something exciting and easily accessible to students. At this point, it’s just something fun to participate in before going off for winter break!”

ASB is working hard to try to plan more virtual tournaments like this one, as there will likely be no in person events. Sophomore Class President Alex Aghdaei said, “We’ve got some cool stuff in the works… we’re focusing on things everyone can participate in on their own time rather than limited access events. Hopefully in the coming weeks people will be able to see their fellow classmates highlighted more often as well as more fun things to participate and be a part of!”

Get your GamePigeon 8-Ball fingers ready so you can fight to be the victor amongst your classmates!