Announced on the same day of its release, “Evermore” is Taylor Swift’s second surprise album of the year. The album’s debut is accompanied by the music video of the song “willow.”Bot 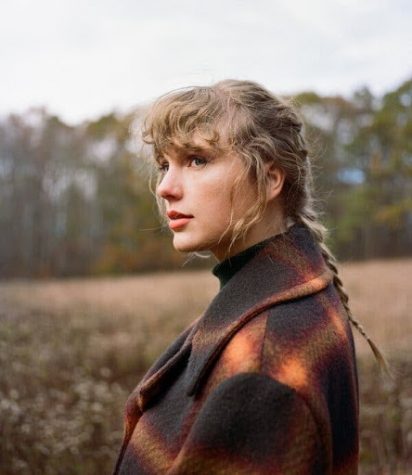 h were made available on streaming platforms after midnight Dec. 10 EST

Sporting a tracklist of 15 songs and featuring various artists like Haim, The National and Bon Iver, the album is ready for pre-order with the deluxe physical edition including two bonus tracks. Swift has credited Aaron Dessner, Jack Antonoff, WB and Justin Vernon in the co-creation of the album.

About four months after releasing “Folklore,” “Evermore” marks the 9th studio album by Swift. “It feels like we were standing on the edge of the folklorian woods and had a choice: to turn and go back or to travel further into the forest of this music,” Swift wrote on her Instagram post, “We chose to wander deeper in.”

Besides releasing “Evermore,” Swift is also working on rerecording all six of her albums for the purpose of finally licencing her own songs. Unbeknownst to most fans, artists do not actually own their music- their record labels do. After Swift was unable to buy her music back from her former label Big Machine, she made the decision to re-record. Recently, she licensed the re-recorded version of “Love Story” to an ad for Match, an online dating site.

After listening to the tracklist, I found every song to be an absolute poetic mastery with memorable stories and styles that remind me of Swift’s country singer beginnings. My personal favorites are “Champagne Problems,” “No Body No Crime,” “Coney Island,” and “ ‘Tis the damn season.” I always love a song with a good story, so these four songs took root in my head immediately. “Champagne problems” tells the story of alcoholism and failed relationships; “No body no crime” retells the classic American thriller of infidelity and murder; “Coney Island” was a deeply wistful musing of past love and regrets; and “ ‘tis the damn season” pull on the heartstrings as listeners hear the struggles of a back-and-forth relationship through the filter of the holiday loneliness.

“Evermore” is expected by many to be a major hit as preceded by “Folklore.” I for one will certainly be streaming the album for the next few weeks.