Littered masks pile up on track 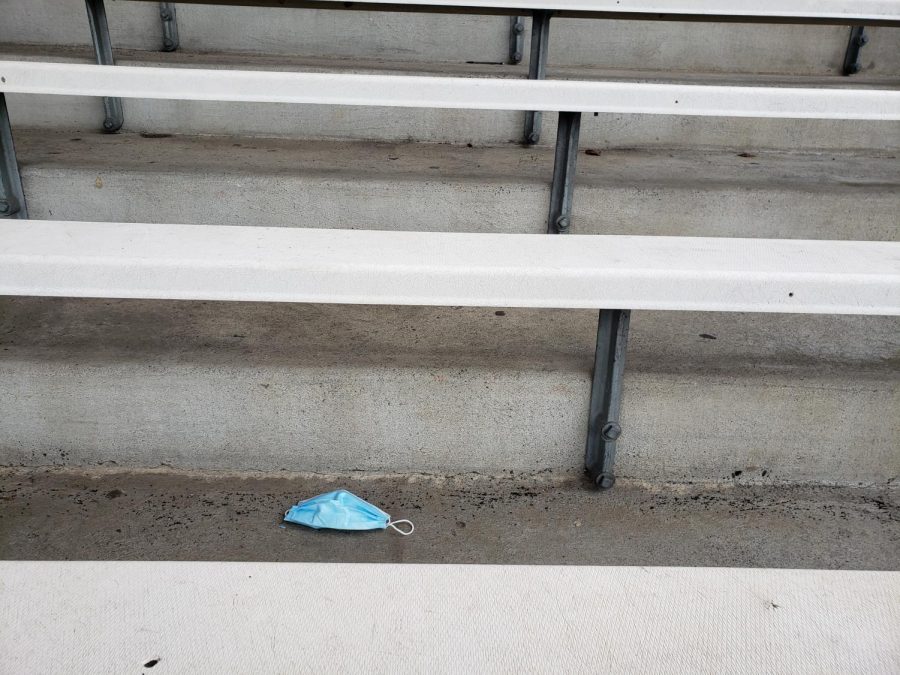 Since the beginning of the school year, a new form of litter has been accumulating in the LOHS track area: disposable masks. 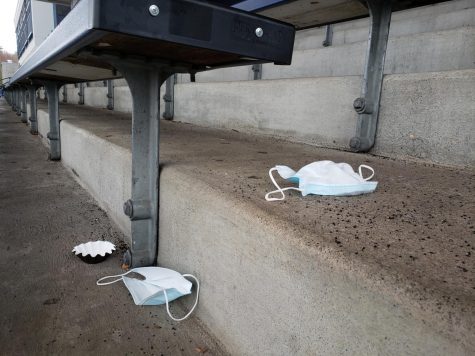 Attendance Secretary Caitlyn O’Mealy and Data Processor and Registrar Tracy Chalpoutis first noticed the problem on their daily walks around the track. The masks piled up on the field, track, bleachers and surroundings of the typically litter-free area, some only several feet away from trash cans.

Chalpoutis said, “About three weeks ago Ms. O’Mealy and I finally had enough and picked up all of the masks we could find. It was over 30 masks. But shortly after, the masks started piling up again.”

It’s unclear why the littered masks have been increasing or who they are coming from, as Chalpoutis also noted there were five garbage cans on and around the field (not including the bleachers). Due to the absence of an official school sports season, the majority of track and field use comes from public activities and groups.

“If the weather is nice (especially on Wednesdays, when school is on a shorter schedule), there seem to be plenty of people practicing and working out, socially-distanced. I would guess that the masks get dropped and forgotten. They seem to blow around in the wind pretty easily too, and get caught under benches or in the bushes,” O’Mealy said.

Principal Rollin Dickinson said, “We will make sure that our track area is cleaner, and we encourage the people who may be littering to clean

up after themselves. That is always true, but especially during a pandemic people should properly dispose of their masks and not expect other people to clean them up.” Ultimately, Athletic Director Chris Coleman and Building Engineer Jerome Kruse manage the track and surrounding areas.

Chalpoutis and O’Mealy agreed it should be each individual’s responsibility to pick up their own trash, as it isn’t hard to find a trash can instead of making someone else pick up used masks.

Chalpoutis summarized it best, “Put your masks in the trash.”