Is a $600 stimulus check sufficient? 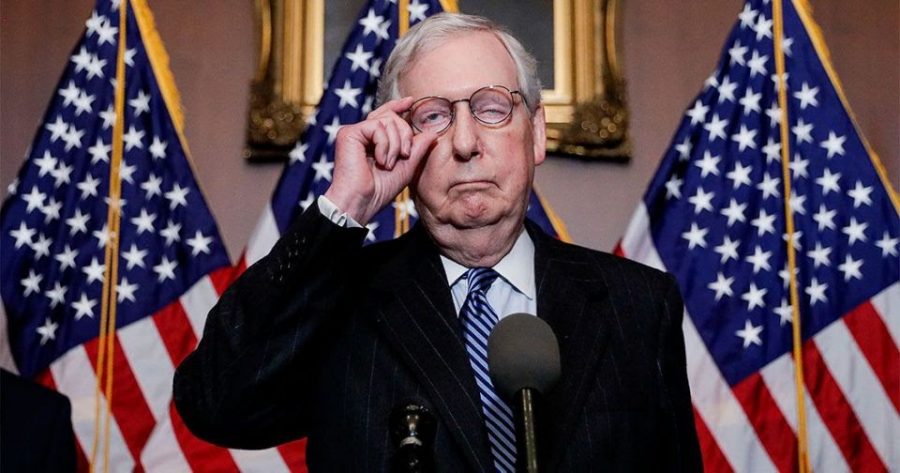 After Congress passed their latest pandemic relief package, many were left concerned and angered by the $600 stimulus checks included in the bill. In the wake of last year’s initial $1200 payment to each individual, this decrease has been and continues to be criticized by both members of Congress and ordinary citizens. As both sides argue different ways, the issue poses a question; Is this stimulus large enough to help people?

Simply put, it is not. American citizens are suffering immensely with the help of this joke of a bill. As expected during a pandemic, unemployment rates have skyrocketed over the past 9 months. I’ll admit it, they have gradually declined, but there are still around 6.7 percent of citizens currently out of work as a direct result of COVID-19. It’s not because of their laziness or lack of skill which many tend to attribute to unemployed workers. Instead, it’s because of our country’s suffering economy. These millions of people can’t help that jobs are limited (and dangerous as well). It’s not the workers’ fault in the slightest, so why should they be left to suffer when our government can provide enough for them instead?

So, we have over 25 million citizens left unable to feed their families because of their lack of income. At this point in time, it feels that our government is prepared to let them all keel over and die, to let families be kicked out of their homes and moved onto the streets. If this situation teaches us anything it’s that humanitarianism is not considered in politics, especially on this larger scale.

Our stimulus checks are supposed to allow individuals and families to take care of themselves as we wait for conditions to improve. But these most recent checks are much too small to feed a family for more than a few weeks and would only make a dent in the average person’s rent for a singular month.  Even with the first $1200, the past nine months have been miserable and full of hardship for lower and even middle-class citizens. So why even give out relief at this point if it can’t fulfill its purpose? This, I am unsure of.

Even at first glance, this argument doesn’t make a lot of sense. These proposed $2000 checks wouldn’t be sent exclusively to upper-class citizens. The entire objective of increasing the amount is to help those who need the assistance, not the rich.

Also, giving relief to citizens should not be considered socialism. This mentioned political theory entails making the means of production owned by the community. Giving people money to survive does not qualify as this. They’re two completely different actions. But, unjustly accusing people of being socialist or communist is one of McConnell’s favorite things to do and an easy way to condemn Democrat-made bills. In his pea-sized brain, I’m sure it was the right thing to say.

To many, these $600 feels like a mocking slap in the face rather than genuine assistance, and a great deal of our government, other than McConnell, agrees with this idea. Many members of both parties (shocking, I know) voted that this amount should be raised to $2000. Unfortunately, their efforts didn’t accomplish much because McConnell blocked Congress’s amendment to the original bill. Nothing can be done at this time except to hope that Biden unveils more relief packages during the early months of his presidency. My fingers are crossed.