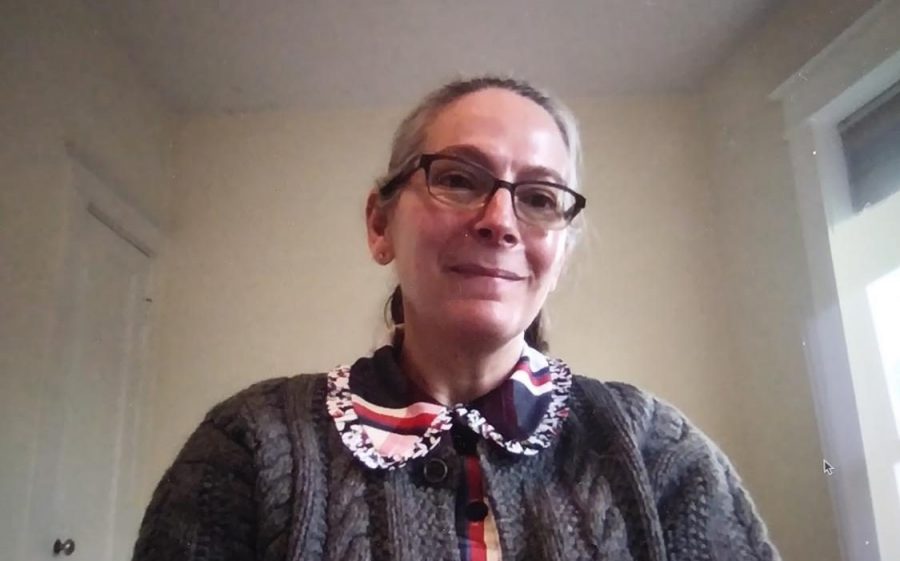 With a great passion for history, Lake Oswego High School’s new social studies teacher, Katrina Levin, is a wonderful addition to our community. Even though she has joined us during such an odd school year, Levin is excited to share with her students just how meaningful (and interesting) the study of history can be.

Levin’s passion for the subject first blossomed when she attended high school in Hood River, Oregon. Since then, she has always been fascinated by cultural history: from theater and art to music, sewing and films. Levin’s fascination grew tenfold when it occurred to her that she was a part of history in the making.

“When I was a junior or senior in high school, my uncle Jerry Levin, who was a CNN Bureau Chief in Beirut, Lebanon was kidnapped and held hostage. I remember sitting in my social studies class discussing current events and realized that my family was national news,” she said. Thankfully, her uncle later escaped capture. Levin’s family was back together again, but her world was forever changed. Her perspective had been altered quite drastically, and after a few years studying theater and costume design in college, she decided to pursue a career in teaching the subject that had affected her most.

Nowadays, Levin works to develop her students into a new generation that the world can be proud of. She hopes that they will learn to understand our nation’s complex history and how it is made up of many different perspectives. This is a difficult task, but Levin’s methods make it achievable.

With this same comprehensive goal in mind, Levin acknowledged that our nation’s current civil rights movement should be addressed and taken into account by social studies teachers.

“Right now, teaching about the original Civil Rights Movement is very important as we are living through the next wave of protest to address the structural racism that has still not been addressed in a systematic way.  As a teacher, I hope that by introducing counter-narratives to bring together a more complete history will stay with my students as they become the next generation of citizens,” she said.

On a lighter note, Levin lives in St. Johns, Portland with her wife and two teenage children. They share their home with two energetic dogs and three chickens.

When it eventually becomes possible, be sure to say hi to Ms. Levin in the halls! She deserves the warmest of welcomes.