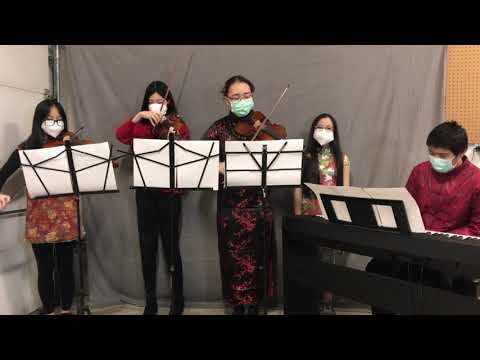 After performing a holiday music repertoire for COVID-19 relief fundraising, LOHS chamber group Aria Trio celebrated Chinese New Year with a cover of Gong Xi Gong Xi, a popular Mandarin Chinese song written in 1945. Its lyrics celebrate the coming of spring as well as the end of the second Sino-Japanese War.

One of the bloodiest wars in China’s history, the second Sino-Japanese War began when Japan started to expand its military influence into China’s territory, resulting in conflict between the two nations. The fighting spanned around a decade (1931-1945), during which China suffered 20 million casualties, 17 million of which were civilians.

“On every street and in every lane,

The first thing they say is ‘Congratulations’.

“Congratulations” is translated from “Gong Xi”, a congratulatory greeting that lends itself to the song title and means to wish joy to whoever it was said to.