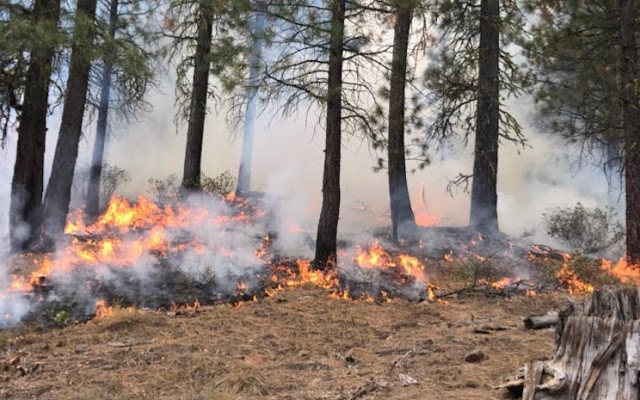 As many more people travel outdoors to experience the sudden warm, breezy Oregon weather, there, too, has been a rise in forest fires, some even prompting evacuation.

Oregon’s typical fire season begins on May 1, but according to the Oregon Department of Forestry, they have dealt with more than 20 wildfires in April alone. Tom Fields, the fire prevention coordinator of the Oregon Department of Forestry said the state has had “about 85 fires since January 1.” He added, “Which, compared to the average 22 fires this time of year, we’re about four times the number of fires that we normally see here in the spring. Of those 85 fires, more than half of those have been resulting from outdoor debris burning.” A Multnomah County burn ban has been set in place until further notice, to prevent more unchecked burn piles and fires.

Recently, the clearing of bush in burn piles and agricultural burns have become more and more uncontrolled as dry, windy conditions continue. Fields advises against starting any burn piles in response to the current conditions.

An uncontrolled fire reminds many Oregonians of the destructive wildfires that overtook the Pacific Northwest last fall, which charred over one million acres of land. “It happens earlier and earlier every year, where the outdoor burning just has to stop,” said Chief Cassandra Ulven of the Tualatin Valley Fire and Rescue. “An unattended burn pile can easily become a problem when you have winds like we’ve seen.” As of April 13, The Oregon Department of Forestry reported that a total of 402 acres of land have been burned by 70 fires, three times the average number of fires of past years, but the amount continued to grow. 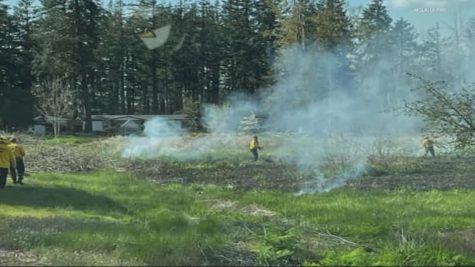 A fire in Ponina of Klamath County burned about 1200 acres, adding to the past reported 402 acres. This large Ponina fire continues to burn  as of April 20, continuing to creep along fields and paths. As temperatures continue to warm in the coming days the fire’s future is unknown.

Some escaped backyard burn piles and brush clearings have even grown to the extent where ordering evacuations through some homes near Oregon City and in Klamath County were necessary. In reaction to the growing fires, some burn bans were spread to more metropolitan areas.

As of April 20, some of the citizens displaced by the Ponina fire have been allowed to return to their homes but are still greatly cautioned to avoid the fire and areas near it for firefighter and public safety.

As the risk of burn piles and bushfires becoming uncontained rises, Oregonians are cautioned to avoid the wildfires and stay informed on fire danger and safety.