An interview with Randall Wray, economics professor at Bard College and the Levy Economics Institute 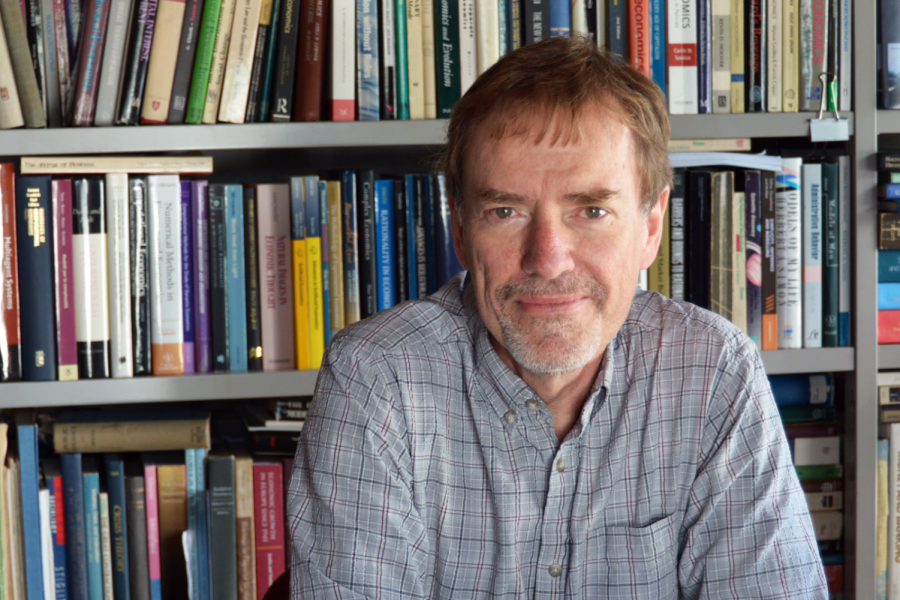 When he’s not traveling for international conferences or busy with research and teaching in New York, you can find economist Randall Wray at his home in Lake Oswego. As an economics professor at Bard College and the Levy Economics Institute, Wray’s research combines macroeconomic theory with a focus on developing heterodox, or non-mainstream, monetary theories and policy. He started out his academic journey as an aspiring elementary school teacher, later shifting his focus to helping start one of the first U.S. curbside recycling programs in the 1970s and working on alternative energy in the California Energy Commission before settling into a teaching position. Here are some of his thoughts on economic theory, inflation and sustainable progress:

How have your views on economics and your approach to research changed over time?

I went into economics in the late 1970s. I always thought that most of what [mainstream] economists believed was false and that their policy proposals were probably wrong. So for 40 years, what I’ve been doing is trying to expose the flaws in everything they do… That has turned out pretty well.

What is the biggest difference between your field of study and your theories and mainstream economics?

We definitely don’t share the same definition [of economics]. Your textbook probably will say something like the definition of economics is the study of the allocation of scarce resources among unlimited wants. That’s the typical mainstream definition… You will never be fully satisfied, you will always want more, and the problem is scarcity… This is sort of why economics is called the dismal science. There’s always going to be poor people. There’s nothing we can do about that. There’s not enough resources to go around.

The heterodox definition is more like the study of the social creation and distribution of resources… Production is always socially undertaken. There is no such thing as individual production. We work together, we use the accumulated knowledge developed over thousands of generations of humans in order to produce… Resources are not scarce, resources are created. If we want more resources, we can create more. The most important resource is human mental and physical labor… And we can always produce more by producing more people, but also by better educating the people we have. Finally, distribution. There’s nothing natural about the distribution of resources. There’s no law that says the white man should get more.

So your policy recommendations are completely different. And even what you identify as being a problem that you should try to resolve is different. For example, some jobs have very low pay. If you’re a mainstream economist, this is not a problem. It’s a solution. Those people have low pay because they have low education. Maybe they’re lazy. Maybe they’re stupid. Maybe they’re not productive. So they should have low pay. Unemployment is not viewed as a problem. Unemployment helps to keep money strong. It helps to fight inflation. So unemployment is actually a policy solution… So that’s the mainstream view.

What is your perspective on inflation and America’s current economic concerns?

When COVID hit, we had a crash of the economy… It’s what we call a supply side problem and we couldn’t produce stuff because people couldn’t go to work. And because they couldn’t go to work. They couldn’t get paid. So that supply side problem became a demand side problem… so the government under President Trump decided to send checks to everyone. While it wasn’t the best policy, at least people got checks so they could pay their rent… But they really didn’t consume those checks and they didn’t go by things with those checks. They increased their savings and they paid bills.

President Biden comes in and we still are not recovered. Spending was down, GDP was down, employment was down. So they decided to send another round of checks… People felt confident enough to start spending and spending by households rose back to where it had been when the pandemic hit.

The problem is that we started having these supply side problems and supply chains breaking down and China’s in lockdown, which means they aren’t producing stuff… so prices started going up. So some economists started arguing, we shouldn’t have done all of that COVID relief because now we’re getting inflation because demand is too high. And the typical way that economists think you [reduce demand] is to have the central bank, raise the industry. The Fed resisted for a long time… but the pressure on the Fed to raise interest rates kept going up.

So what’s my belief? Well, we probably shouldn’t have sent the second round of checks. The spending should have been selective… There are a lot of people like me, who got checks that didn’t really need them… But that doesn’t mean that raising interest rates is the right policy. Because we actually don’t have excess demand. If you compare this recovery of the economy to previous recoveries, this one doesn’t look like we have created excess demand. We’re not operating the economy above capacity. In fact, we’re only at about 75 percent of capacity. Typically, we used to go up to 85 percent in a recovery, so we still have a lot of capacity that is out there. Some people try to claim that we’re at full employment, but we’re not at full employment. We’re still down several million jobs, compared to before the crisis.

The supply chains have not recovered. China has not recovered. And then we have the war in Ukraine that has disrupted supply chains even more, especially oil and food. So the disruptions are going to go on for many more months. It could be years. The supply side is not going to completely recover and raising interest rates does not help.

And then the last point is that Biden had some pretty good proposals. His proposal, called Build Back Better, was to promote American infrastructure. That would be a step in the right direction for dealing with supply chain problems. But unfortunately, he cannot get this through Congress. So not only are we choosing the wrong economic theory and policy, we have a political problem that is preventing us from doing what would tackle climate change. Tackle inequality, poverty, help reduce inequality, and also reduce price pressures all at the same time. That’s what the Biden proposal would have done, but it looks like it may be dead and we’re going to be stuck with the Fed raising interest rates, probably going to increase unemployment. So we are in danger of what’s called stagflation, which is what we had in the 1970s when I first started studying economics, which means high inflation and high unemployment at the same time. That’s a really bad combination. And that may be where we’re going.

What advice would you give to high schoolers interested in learning more about economics?

I think that studying economics and trying to understand how the economy is actually working and [seeing] that it doesn’t have to be this way is probably the most important thing. So that you can start thinking about how alternative arrangements would lead to better outcomes. Producing a society with greater opportunities for everybody, with less discrimination, and less bias. Without poverty, without unemployment, all those things are perfectly possible. It’s not hard at all, actually, to come up with economic policy solutions. Really, the difficult problem is politics. So you know, what, what an economist can do is to propose policy solutions. And then what you have to do is find a way to sell those solutions to the people that make the policy decisions. And there’s a lot of politics involved in that. So you can’t stay in your economic silo. You have to get out and engage with non economists and with the policymakers and with the politicians, and try to work with them to put in place the solutions.

What is your outlook on the possibility of a transition to a greener and more sustainable economy?

The kind of economics that I’ve been doing for the past 20 years is focused on what’s affordable. What you will hear if you’re interested in things like [the Green New Deal] is, it’s too expensive. We can’t afford it. One estimate was $93 trillion. That was a ridiculous estimate. It’s by conservatives. The true number is probably $20 to 30 trillion. It’s still a big number. And it’s kind of scary. But what we have been working on is showing that the government can always afford it as long as we have the resources.. and the technical know-how. So the science of solar panels, the science of the windmills, the science of replacing gasoline automobiles with electric, as long as we have that we can solve the climate catastrophe. Our only barrier now is politics. So getting politics on the right side of saving the planet is the only thing that matters because we have the technical know-how, we can afford it and we can find the resources. So there’s actually no reason to be pessimistic. There’s good reason to be optimistic that we can do it.