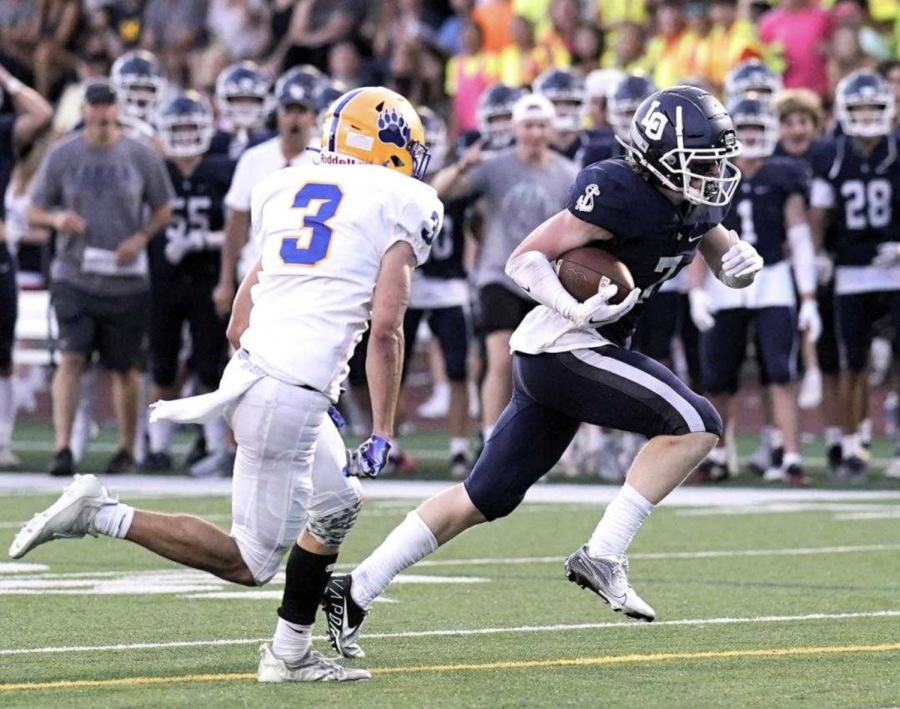 Last Thursday, Barlow made the 45 minute drive to Lake Oswego to take on the Laker football team. The game ended in a 20-8 win for the Lakers. The Lakers dominated from start to finish, especially on the defensive end of the ball. They pitched a shutout for the majority of the game, not letting up a point until garbage time, giving up a touchdown with less than a minute left.

The Lakers were led defensively by seniors Brodae Sutherland and Jack Knapp. Sutherland finished the game with six tackles, three and a half tackles for loss, a sack and a forced fumble from his defensive end position, absolutely dominating the line of scrimmage for the Lakers. Knapp also was active rushing the passer. His lone sack was the most memorable hit of the night, as he bent the edge and absolutely plastered Barlow quarterback Karter Wilcox into the turf. Also active defensively were junior Tobia Tagliabue who had a team high seven tackles, and senior Caleb Cagnoni who recovered a fumble in the end zone for a touchdown.

Just because the defense was dominant does not mean the offense had an off night. Senior running back Calvin Macy beat down the Barlow defense, gaining 122 yards on the ground on only 12 touches, garnering a strong average of 10.2 yards per carry. Junior quarterback Max Brauner was a steady presence. He completed 15 of his 26 passes for 190 yards and two touchdowns, both of which were hauled in by senior wideout Henry Smith, while committing no major mistakes. Smith amassed 85 yards receiving on four catches to go along with the two scores and was the most consistent receiving presence for the Lakers all night. Junior Collin Best played a swiss army knife type of role gaining 46 yards through the air to go along with 42 on the ground.

Overall it was not the flashiest performance from the Lakers, but a solid win nonetheless. The Lakers start the season 1-0 and now all eyes are ahead to their Week 2 matchup against the West Salem Titans.