How I Fell in Love with Alex Turner again 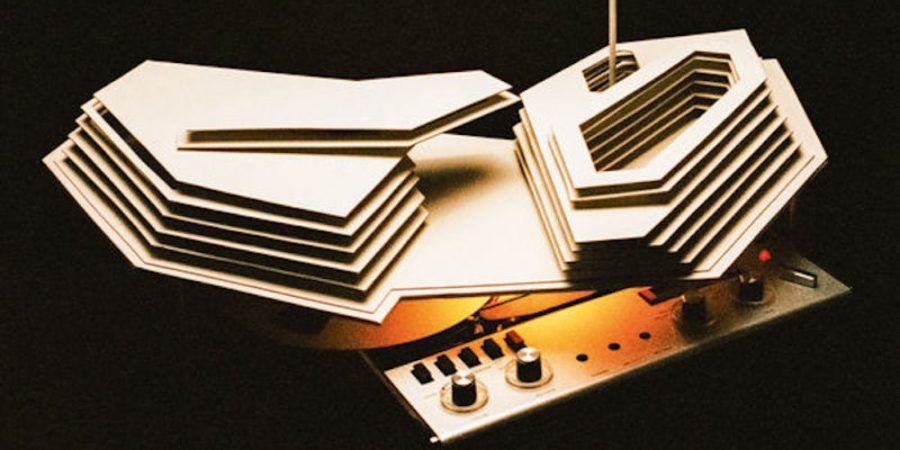 Hi everybody, it’s me, Basil. L.O. High’s busiest music nerd. It’s time for a review of the latest Arctic Monkeys album: “Tranquility Base Hotel and Casino.” This album was finally dropped after a five-year gap, their last studio album release being “A.M.” in 2013. The main reason for the gap was due to Alex Turner, the main singer, writing songs for his other band, The Last Shadow Puppets. He was also producing music for Alexandra Savior, an American singer-songwriter.

Tranquility Base Hotel And Casino, Arctic Monkeys. May 11th, 2018

“Tranquility Base Hotel and Casino” opens with “Star Treatment.” A slow, glamorous song that sets the tone for the album. It feels like you’re entering the lobby of a high-class hotel (ironically enough). The album carries itself on methodical piano tracks with a 60’s lounge jazz sound that helps cement it. The song “American Sports” is a beautiful transition from the previous song, “One Point Perspective.” The spiraling piano tracks, along with the ascending synth establishes a shot of the hotel. Ascending higher and higher up the tall hotel, making it sound very grandiose. The next song, “Tranquility Base Hotel and Casino,” brings the sci-fi elements to the album specifically in the lyrics.

On the B-Side of “Tranquility Base Hotel + Casino” (the song), The song “Anyways” has a lot of the odd lyricism of TBH+C. The song has some very odd harmonical tone shifts, ones that you would typically hear in jazz like major seventh chords and diminished chords. It sounds similar to a waltz, with its slightly delayed kick drum and guitar strums.

My favorite song on the album, “She Looks Like Fun,” starts with these roaring guitar chords, as the lyrics shed light on social media and dating sites. The title ‘she looks like fun’ refers to profile pictures on dating sites/apps, along with its oddball choice of words depicting scrolling through social media. The album finally closes with a more somber tone with “The Ultracheese.” The lyrics reference Alex’s past as an artist, reminiscing about his friends and colleagues that helped him on the way. “The Ultracheese” leaves you wanting more of this lounge jazz sound but tops off the album nicely.

Overall, the album is a huge step in the right direction for the band. It emulates well the feeling of the hotel but I can understand why people wouldn’t enjoy this album as much. It’s very different from the usual Arctic Monkeys album. However, comparing it to albums like “Favorite Worst Nightmare” feels similar to comparing a death metal album to The Beatles. It just doesn’t work. Along with the sound of “A.M.,” being so different from both earlier work of Arctic Monkeys and TBH+C, it creates a weird divide in the fanbase. I love how they handle the sound and feel of the album’s topic. I give this album a 9/10.