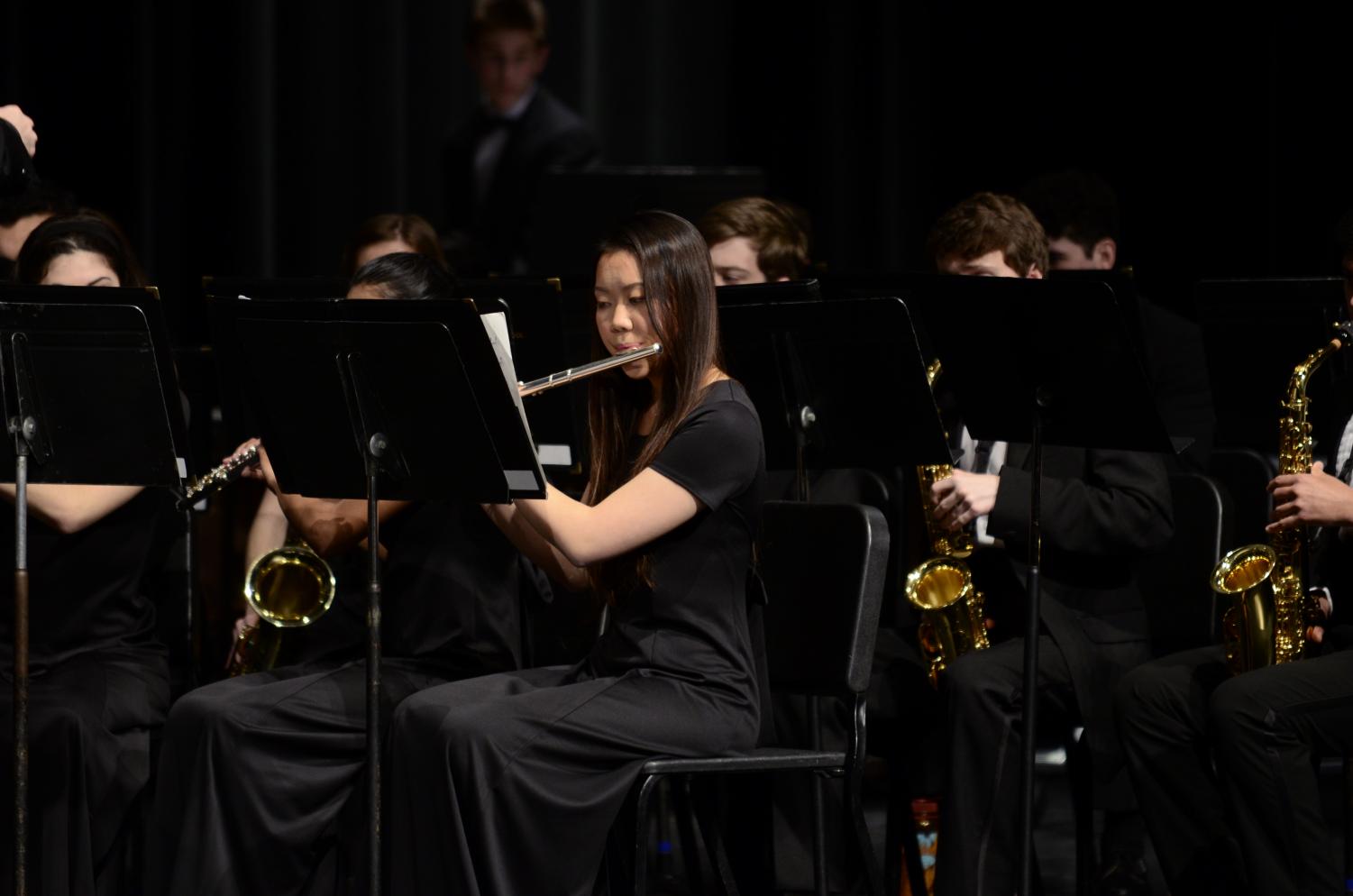 The Laker Bands perform at their winter concert

The Laker bands, including Jazz Band, Concert Band, Symphonic Band and Wind Ensemble, had their winter concert on Dec. 12 at the LOHS auditorium.

This concert, one of only three the band plays throughout the year, has been a long time coming. Band director Kevin Rouse said they have been preparing, “Since the beginning of school, [in] September.”

Next up was Concert Band, the 30 freshmen playing their first concert at the high school. They began with “Boom and Bust,” freshmen french hornist Michael Zhang, trumpeter Casey Moran and flutist Cindy Huang each performing solos. They went on to play “Chant and Savage Dance,” another piece composed by Brian Balmages.

“It was a great turnout tonight with the audience,” Rouse said. “I think they did very well tonight. They worked really hard.”

Following them was Symphonic Band. First up was “Above the Clouds,” followed by “Heroes Journey,’ the 25 students who performed ensuring a flawless performance. They were then joined by Concert Band, and the two combined played “Hopak” and “Carol of the Bells,” showcasing the talent of both the bands.

Finally, Wind Ensemble took the stage. They first played “Choreography,” with Slobodin and junior oboist Mia Cremona performing solos. Next, they played “Presule, Siciliano, and Rondo,” Slobodin and junior flutist Erim Hur taking on solos of their own. They ended their set with “Yuletide Tapestry,” performing in the holiday spirit to close off the night.

“Jazz band is going to be performing Jan. 21 at Clark College in Vancouver for a competition,” Rouse said. “Wind Ensemble will be preparing for their competition at Clackamas Community College in March.”

The band works hard throughout the year, so don’t forget to support the Laker band and consider donating to the program. 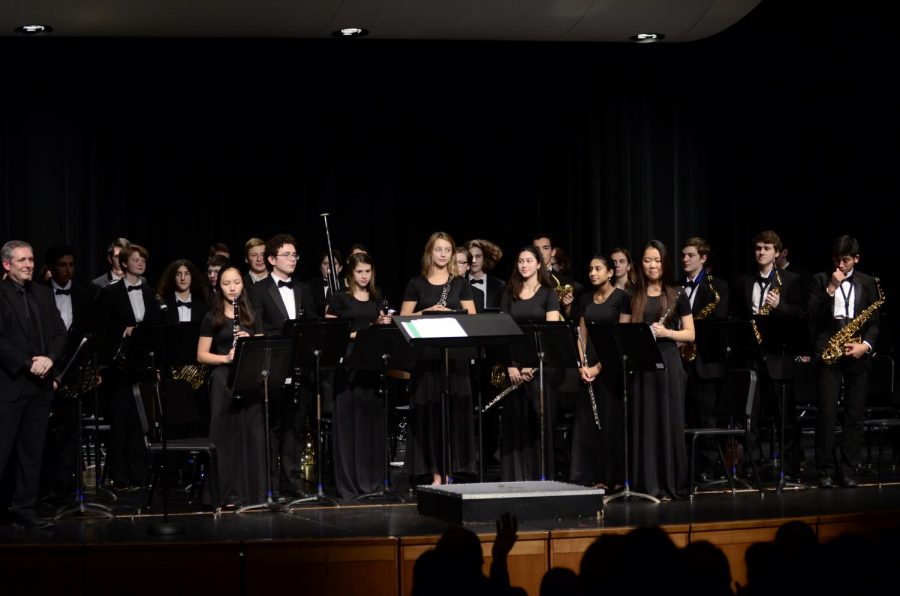