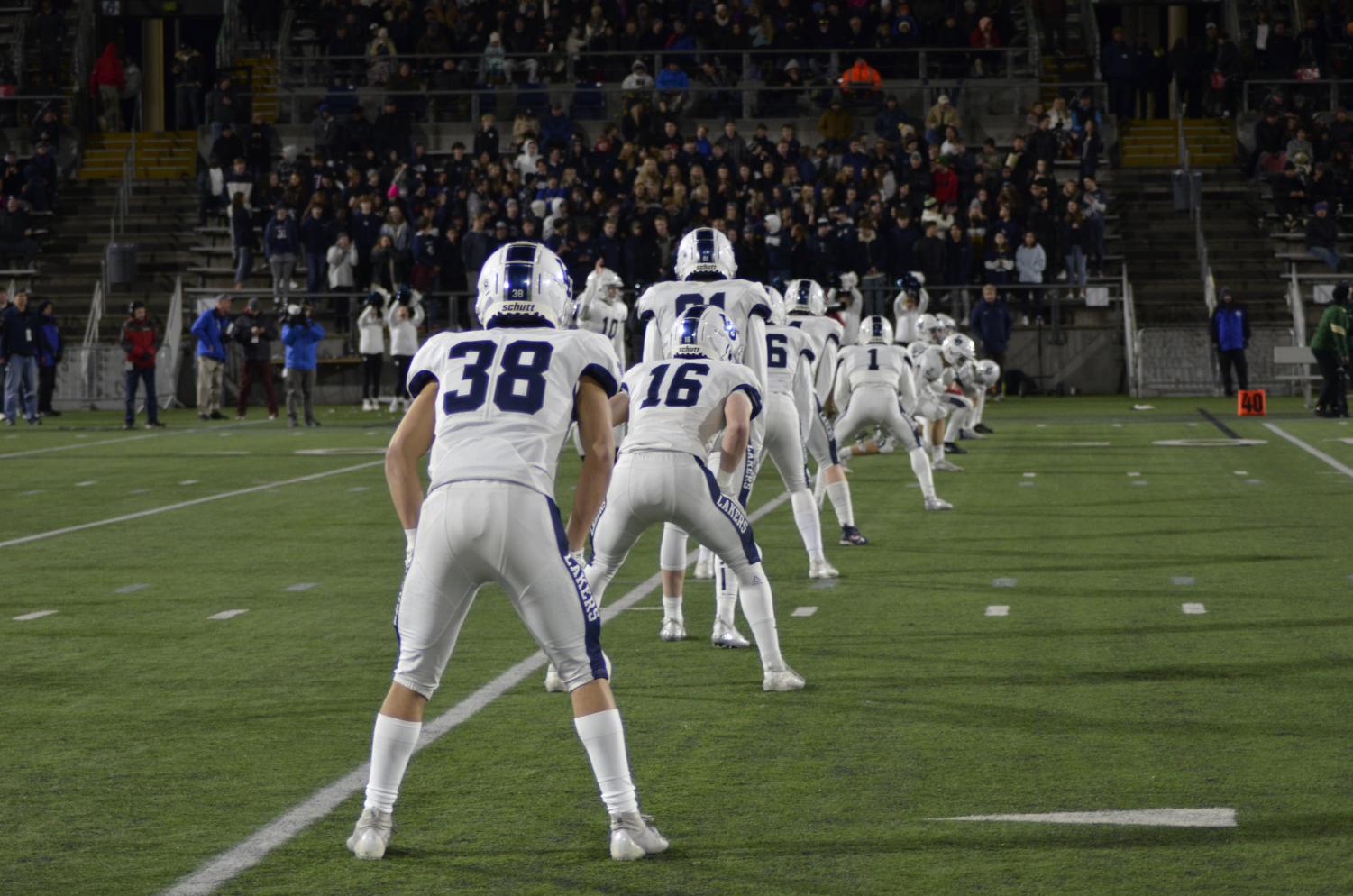 On Friday, Nov. 29, the #3 Lakers faced off against the #2 Jesuit Crusaders in the OSAA State Semifinals. The Crusaders have been a familiar opponent for the Lakers in the playoffs the past few years, with the Lakers defeating the Crusaders in last year’s semifinals 24-14, and beating them in the Quarterfinals 48-17 during the 2017-18 season.

The game turned out to be very close, with momentum shifting throughout the whole game. However, early in the fourth quarter, senior Joe Hutson made an incredible heads up defensive play to punch the ball out of Crusader Kade Wisher at the 1-yard line. With 3:24 left in the game, things didn’t look good for the Lakers as senior Casey Filkins was picked off.

However, the Lakers wouldn’t quit just yet. On the next possession, sophomore Gavin McGuire stripped the Crusaders Quarterback, as senior Marshall McGuire scooped up the ball and ran into the Lakers territory, setting up great field position after he pitched the ball back to teammate Jonas Hunter who ran four more yards.

On third and five yards from the Jesuit eight-yard line, Filkins took the direct snap and ran the ball in to give the Lakers the lead 28-21 after the successful two-point conversion. Jesuit had one last chance to tie up the game, but senior Connor Willihnganz recovered a fumble with one minute to go, which sealed the 28-21 win for the Lakers to send them to the Championship for the second year in a row, as they hope to go back to back.

The Lakers will play in the OSAA State Championship next Saturday, Dec. 7 at 12 P.M. at Hillsboro Stadium against the #4 Central Catholic Rams. Show up and cheer the Lakers to victory! 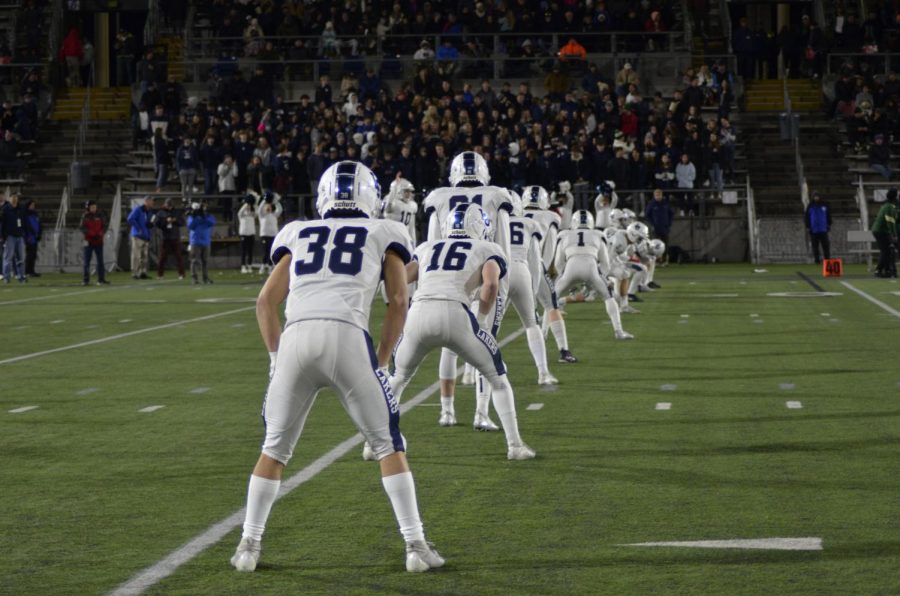 Gallery|6 Photos
The Lakers line up in anticipation for kickoff.