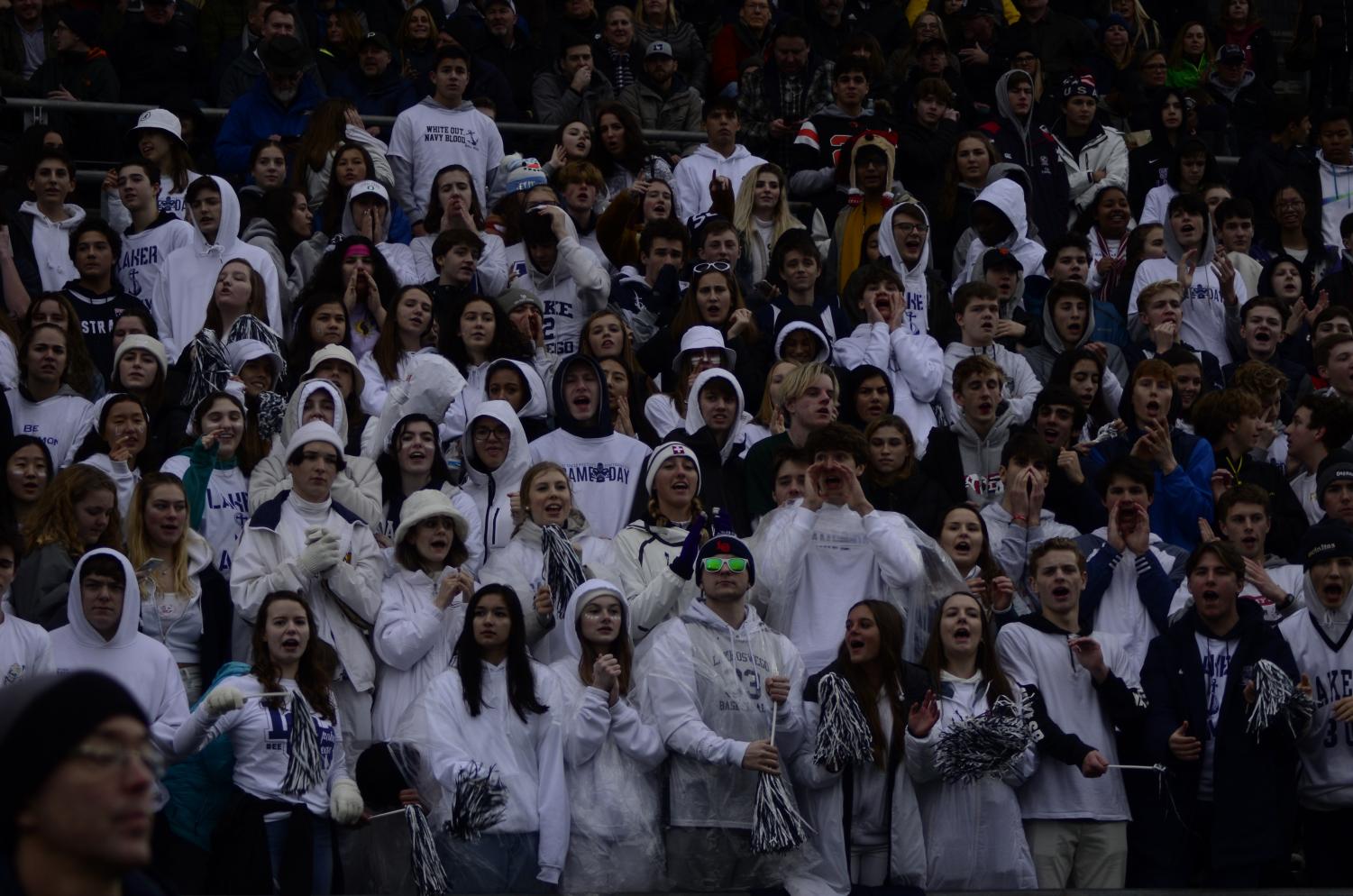 The Laker fan section cheers the team on. (Serena Lum)

The Laker fan section cheers the team on.

After a tremendous season for the Football team, the #3 Lakers have a lot to look forward to for the upcoming years. Though they lost in the championships to #4 Central Catholic 49-28, the team is proud of the incredible season they had. The football program brought lots of excitement to the school, games this year remaining highly attended throughout the year

In week 4, the Lakers struggled against #1 Tigard, losing 31-7. However, the team worked to improve, with their only other loss in the regular season coming against #7 Tualatin, 35-8. The team won the rest of their regular season games, ending the season with a 7-2 record. In the first round of the playoffs, the Lakers hosted #30 the Grants Pass Cavemen, winning easily 55-33. In the second round of the playoffs, the #19 West Salem Titans traveled to Cobb field and gave the Lakers a good fight, but the Lakers eventually pulled away and won 42-31. In the Quarterfinals, the Lakers played a familiar opponent from across the lake, the #22 rival Lakeridge Pacers. The Pacers battled hard throughout the game, but it was the Lakers who eventually pulled out the win 24-21, which clinched their way to the Hillsboro stadium for the third year in a row to play the semifinals against the #2 Jesuit Crusaders.

The semifinal game lived up to the rivalry expected between these two teams, but it was the Lakers who won the close and highly entertaining game 28-21. The game featured a contender for the play of the year in the state, when senior Joe Hutson made an incredible heads up defensive play to punch the ball out of the Crusader running back’s hands at the 1 yard line, catching the ball in the end zone, saving a touchdown and the Lakers season. The win secured a spot in the championship to face off against Central Catholic.

Regardless of the loss, the Lakers had an amazing season. Among the highlights of the season was senior Casey Filkins winning the 2019-20 Oregon Gatorade Football Player of the Year, only one of four athletes from Lake Oswego to ever win this prestigious, nationally recognized award. Over the course of the year, Filkins rushed for 2,510 yards and 41 touchdowns. Thanks for a great season Laker Football! 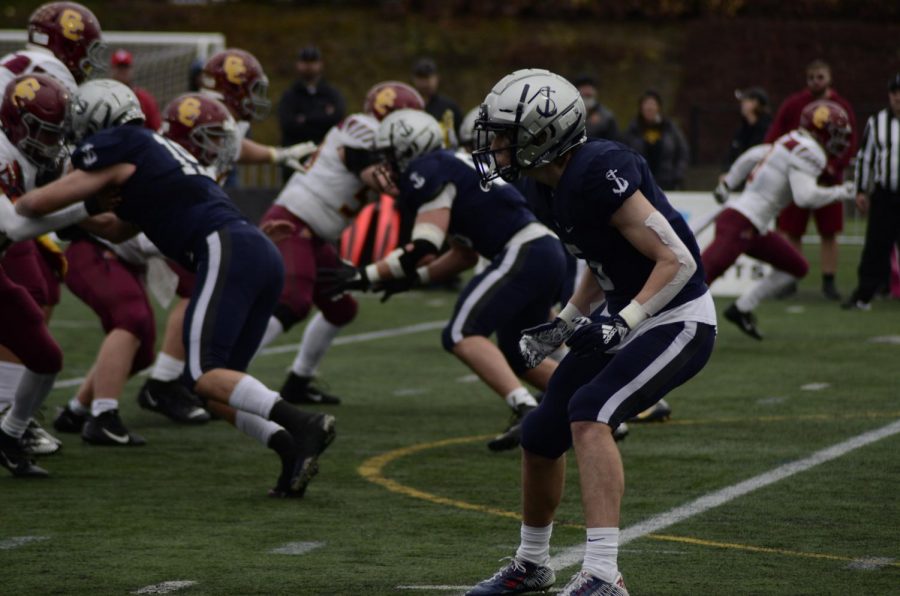